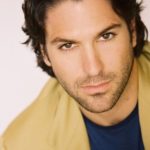 A USC  graduate hailing from Naples, Italy. Mario has lived in Naples ,Paris ,Switzerland and Los Angeles. Studied acting at the Lee Strasberg Theater and Film Institute for years. As an actor , he appeared opposite Sophia Loren in the Rai Italia production of “La Mia Casa e’ Piena di Specchi” and performed under the direction of Dennis Hopper and Anna Strasberg in Milan. In 2011 in Los Angeles he co-founded Cose Nostre Productions and produced and starred in Mont Reve , which won Film Festivals and has distribution with Entertainment7. In 2013 in Italy he founded the Genstrat srl and produced and starred in The Grotto as Carlo Bove. 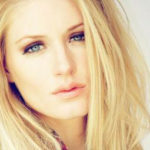 Camille Montgomery studied theatre performance at San Diego State University and the British Academy of Dramatic Arts. She was in her first play when she was ten years old and since then, she has been in several shows, including The Crucible, Stone Cold Dead Serious, Cinderella, and A Midsummer Night’s Dream. She continues to participate in theatre in Los Angeles, while also appearing on screen in several feature films, short films and commercials. She recently played the lead in the feature, Heaven, where she recorded the soundtrack for the film at Capitol Records. She hopes to inspire people through her acting and continue to learn and grow as an artist. 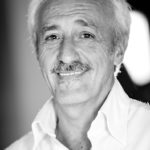 Patrizio Rispo was born in Naples and started his career in cinema as a stunt man. He is a Neapolitan Actor with a long theatral career, and got started in a cabaret group called “Il criticone”, with his friends Francesco Paolantoni and Mario Porfito. He has acted with many important italian directors such as Massimo Castri,Egisto Marcucci,Vittorio Caprioli,Giancarlo Cobelli and had the honor to act next to big actors like Eros Pagni,Valeria Moriconi and Carla Gravina. Author of 5 comedies, he has become very popular with the Television Fiction serial “Un posto al sole,” televised for 17 years on 3 channels of the RAI. Regarding the cinema, Rispo calls it  “the love of my life, although I did a few things, but of great quality,”the actor has partecipated in movies like Ricomincio da tre, Nel regno di Napoli, La vita degli altri,L’era legale, Swept Away and many others. Showing in 2013 on the big screen is his movie feature “Benvenuto Presidente” and he co-produced and acted in the mokumentary “L’era Legale” last year in 2012.

Shalana Santana, born 23 April 1983 in Brasilia, Brazil, where she grew up and studied until 2002 when she won a national beauty contest, organized by the Top Model Mega Model Agency. After this experience goes to live in Sao Paulo and Rio de Janeiro. In 2003 she made ​​her first trip to europe, Paris, Milan and Hamburg. But at the end of that year she decided to stop to be closer to her family. Only in 2006 she decided to return to work permanently moved to Milan and worked with the Urban Agency. With the intense modeling jobs she was not able to pursue acting but by October 2011 after moving to Naples, she studied at the Film School La Ribalta. In 2012 she made ​​a small participation in the film of the Neapolitan Francesco Prisco, Night Time. In March of 2013 she played the part of the researcher Anna de Luca in the Italian-American production The Grotto. 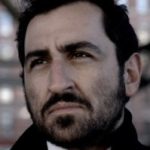 Gianluca Migliarotti, born in Naples. In 1999 attends the NYU filmschool’s courses earning the certificate in film(16mm and moviola) and the advanced certificate in film (35mm and Avid editing). Studies acting at The Lee Strasberg Theater Institute for 2 years.
Back in Italy funds Kid dandy prod. in Milan, a small production house which produces documentaries , shortfilms and commercial videos for clients as Pinko,Cantine Banfi, MBC, Global Fashion News, Christofle, Starwood, Discovery Channel, Fiat.
Works with The Family production company for making the Starwood group’s SPGTV. In 2007 directs the documentary “Barbiere”, produced by Luchino Visconti di Modrone of Enormous films, which was on Sky Classica. With Enormous films he directs commercials, a short doc for Grandi Giardini Italiani and a short film for Emilio Pucci fashion house.
In 2010 produced and directed the doc ” Lino Sabattini”, which earns the prize as Best Film on Design at the 29th Asolo Art Film Festival.
2011 produced and directed the documentary film “O’mast”, a journey through the traditional craft of men’s tailoring and an homage to an important expression of the Neapolitan culture. 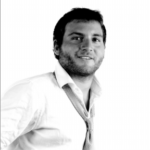 Tommaso Sacco, class 2004, since he was a kid he dreamt of becoming an actor. He studied acting in Rome and in Los Angeles, where he majored in Film Producing at UCLA. His passion for the industry brought him to start writing as well, like the award winner web show “Double Swing” where he stared, created and produced, thanks to his many years of working in big production companies such as Sony, Blow Torch and New Line was able to put up a great show of great value. But the main goal of his dream, acting, never left him, and his ability in multitasking gave him the chance to star in movies like “No Leaf Clover” “Reality Killer” “Mont Reve” and the latest “The Grotto”. 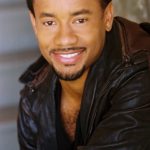 Rocky is an amazing up and coming director taking Hollywood by storm. He started off his
career as an actor and found a passion for directing with an emphasis on striking themes and
visuals. Rocky is currently the in-house director Anchorbolt Studios, an independent production
company he helped found with fellow USC alum. His mission is dedicated to making top quality
projects with ingenuity on any given budget. With Anchorbolt Studios, Rocky has managed to
secure directing spots for companies like Nespresso, Speedstick, Disney and ABC. 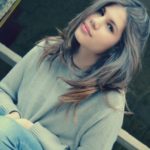 Mariapaola Ruffo, born in Naples on 07/04/1998.
Mariapaola attended the IV Gymnasium at the Liceo Classico Umberto I in Naples.She attended the Academy of the Palm Theatre in Naples for three years, going on stage with a starring role in the show “the Beauty and the Beast.” Novice in the movie “The Grotto”, Italian-American co-production. 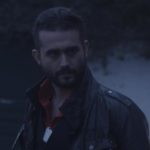 Edoardo graduated from High School with a specializaion in cinema. He attended the Actor’s Studio at the New York Film Academy and shot three short films. He has worked in the production of three films at Filmauro. He is also the Vice President of the company ‘calcio Napoli. 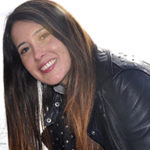 Carlotta went to Montessori, an Anglo-American, from kindergarden to 8th grade. She took High School linguistic and drama classes. She then started modeling between Naples and Milano when she was 18. Now she works in marketing in Naples.

He was born in Naples, Italy on march 11,2002, and he currently lives Naples. He studied at Silvati et Morelli School on the land of the Roccarainola. Now he studies at ‘Marechiaro’ School. Sebastiano’s hobbies are basketball and riding bikes. His role in the movie‘THE GROTTO’ is his first. 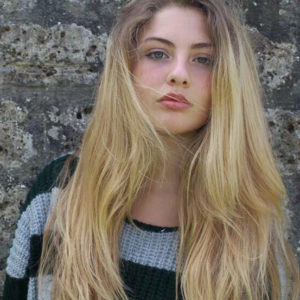 Ocean is an Italian-American living in Naples, Italy. She is only 12 years old, studying at Raffaele Viviani, and she studied English at the Sycamore Academy in California. She loves to do cheerleading, volleyball, and theater at school. Her first acting role was in a commercial in Italy when she was 3 years old. 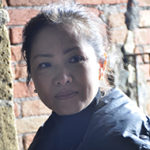 Dong Hui is a very well known actress in China. This is her first movie filmed in Italy.